If you have recently gone through any major changes this blog can help you understand what you need to do for your taxes and how it can change the outcome.

If an overdue tax balance remains unresolved for long enough, the IRS has the authority to issue a levy to collect the tax. Tax filers who have received an IRS wage garnishment at their place of employment may be able to obtain a release of the levy.

The first step in responding to a wage garnishment is to ensure that its effect is minimized. Along with an IRS levy, an employer receives a Statement of Exemptions and Filing Status to present to the employee. Completion of the statement allows you to claim your allowable levy exemptions. If the form is not completed within three days, your income exempt from the levy may be a lesser amount.

The garnishment form sent to an employer contains a telephone number for contacting the IRS about the levy. If you pay court-ordered child support on your own, rather than through your employer, contact the IRS so that they can modify your exempt income. For an IRS wage garnishment, court-ordered child support should be exempt from the levy and available to the child.

Once you have reduced the sudden impact of the garnishment as much as possible, the actions to remove the levy may be taken. The IRS publishes its own Internal Revenue Manual, which contains a section on releasing levies. The manual states that a notice of levy is to be released as soon as a legal basis for removing it is identified.

An IRS levy is likely to cause an abrupt decline in your take-home pay. One of the qualifying reasons for releasing a levy is that it creates an economic hardship and prevents you from paying your basic living expenses. To request a release, call the IRS telephone number included on the levy. Be prepared to provide financial information to justify your release request.

All payments scheduled during an installment agreement must be paid as agreed, but an agreement is likely to be preferable to a levy. For more information, contact Horizon Tax Relief or a similar company. 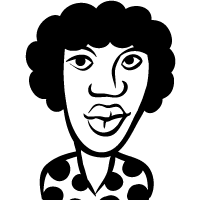 Last year, I went through several changes in my life that changed a lot of things on my taxes. I got married in January, bought a house in February and had a baby in November, so there were a lot of changes that I wasn't sure how to handle. I decided that this was the year to work with a professional tax preparer to ensure I was going to get as much of a refund as possible. If you have recently gone through any, or all of these changes, my blog can help you understand what you need to do for your taxes and how it can change the outcome.